DHA - its role in infant development and where it comes from

You might have noticed the abbreviation ‘DHA’ on formula milk packs or in social media posts and adverts from formula milk companies, but do you know what ‘DHA’ stands for, why is it important, and where it comes from?

‘DHA’ stands for ‘docosahexaenoic acid’, a type of omega 3 long chain polyunsaturated (LCP) fatty acid which is found in breastmilk and must now be added to all infant and follow on milk formulas following new legislation introduced in 2020. Experts agree that this DHA is an essential component of formulas for babies’ growth and development.*

So what does DHA do?

DHA is a vital component of membranes in the brain, nervous tissue and the retina of the eye, and is involved in normal brain and visual development. The developing brain accumulates large amounts of DHA both pre- and post-natally, particularly during the first two years of life. So it’s important that a baby gets adequate amounts of DHA at all stages of development, whether breastfed or formula fed, right up to the age of 2 years.

In situations where the dietary intake of DHA is low, humans can synthesise DHA from the essential fatty acid alpha-linolenic acid (ALA), found in variety of foods. Unfortunately, this synthesis is immature in young infants so a pre-formed source of DHA is now considered essential in formula milks to ensure a baby not being breastfed meets their DHA needs. However, the ability to make DHA from ALA improves with age, so as your baby gets older they will be able to make DHA from other fat sources in the diet.

So how do we add DHA to our HiPP organic follow on milk?

Since neither cows’ milk nor vegetable oils contain DHA, other fat sources are needed to supply it in formula milks. Fish oils are the most commonly used source of DHA in formula milks, although it can also be obtained from algal oil.

The DHA in HiPP organic follow on milk comes from sustainably sourced fish oil. No extra fish are caught for the purpose of extracting this fish oil: we use the offcuts that cannot be consumed elsewhere. And our fish oil bears the "Friend of the Sea" seal from this internationally recognised certification organisation which certifies sustainable products and companies contributing to marine conservation.

So you can be reassured that the DHA added to our HiPP organic follow on milk is not only contributing to the health and development of your baby, but protecting the planet too! 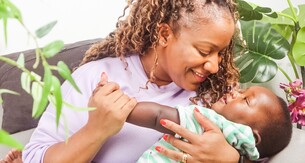 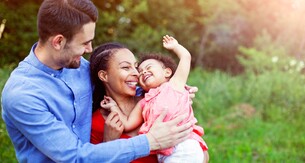 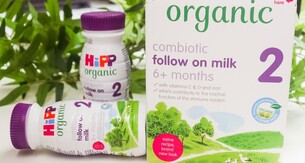 More from: Why choose HiPP Organic follow on milk?